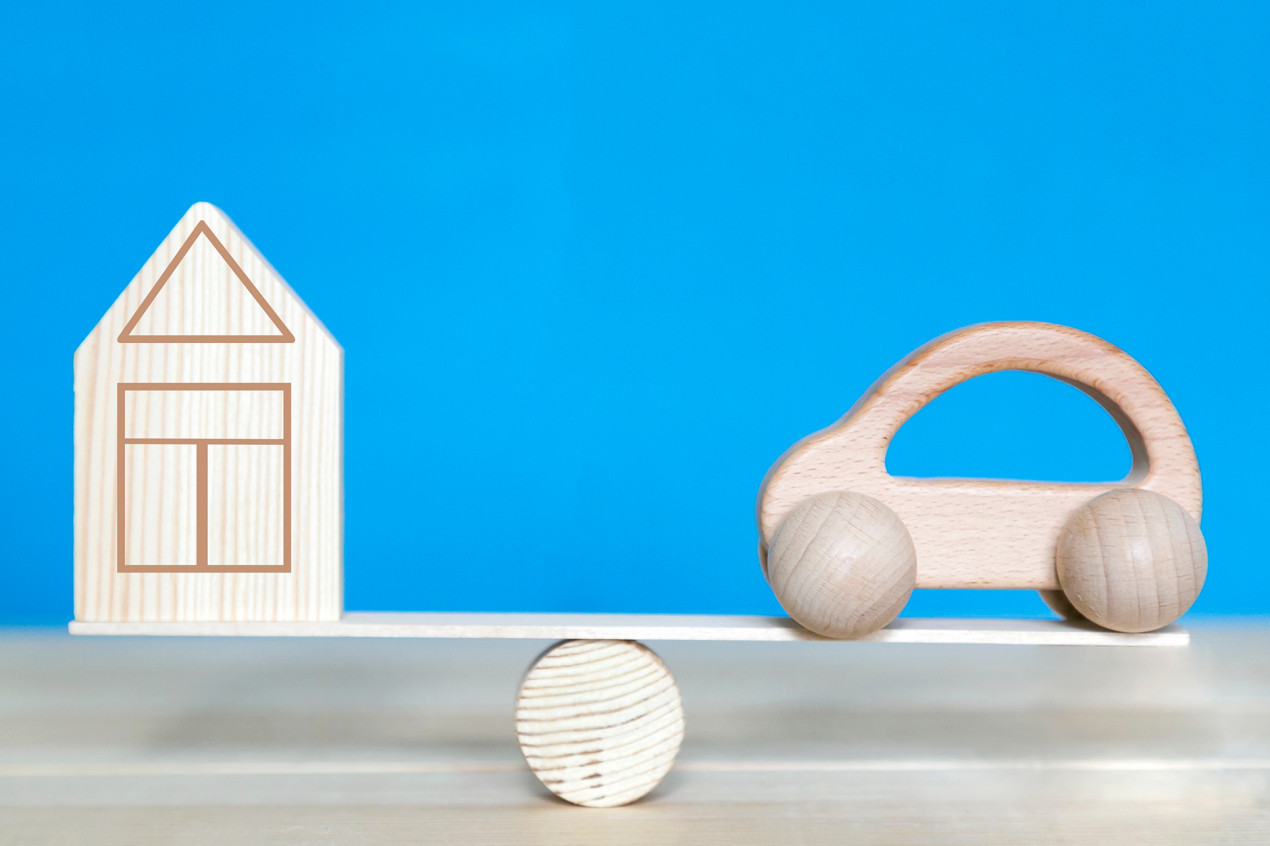 Hello again friends and followers, thank you for stopping by for another mind-boggling #WTF session.

So, from our title, you have now learnt that there are instances whereby you can purchase a whole vehicle for R1m but not a house for R1m? Eish. How? Right?

In today’s post, we explore why you were able to get that R1m car and not the home for R1m.

So, if you have enough disposable income to afford both at the same time then the bank will loan you the money. Literally, that’s all there is to it. You have to have enough money. The actual challenge folks, is when that disposable income does not allow you to purchase both at the same time, then it’s about a choice between the R1m car versus the R1m house. That’s when one or the other can be declined.

For argument’s sake, say you earn R30k after taxes with no other expenses and you decide to buy a car worth R1m, you will be paying R17k per month over 60 months at 20% residual and 0% deposit payment (and that doesn’t even include insurance and running costs such as petrol - eish adulting). That’s already over 50% of your disposable income committed to making monthly car payments. This is generally not a good idea and is not the best use of your disposable income.

On the other hand, if you earn R30k after taxes and you decide to buy a house worth R1m, you will be paying about R9,000 per month- that’s less than 30% of your disposable income. Even if you added the cost of insurance and maintenance, it’s still manageable for an asset of that size.

Now, if you were to combine the purchase of the R1m car at R17k per month, the R1m house at R9k per month and the cost of insurance for both assets (and yes, petrol) it comes to R4k per month. When you tally this cost, with your income of R30k per month, you probably wouldn’t have R1 to spare!

In the event that you apply for the R1m home loan after the purchase of the R1m car, the bank is likely to decline your home loan based on your lack of affordability, resulting from 50% of your disposable income being committed to a contractual debt and other likely debt commitments.

The point is this, life is about choices… And of course, the sequence in which you make any R1m loan request - either for the car or the house, will determine what gets approved first.

We look forward to seeing you again on Wednesdays, Thursdays and Fridays!